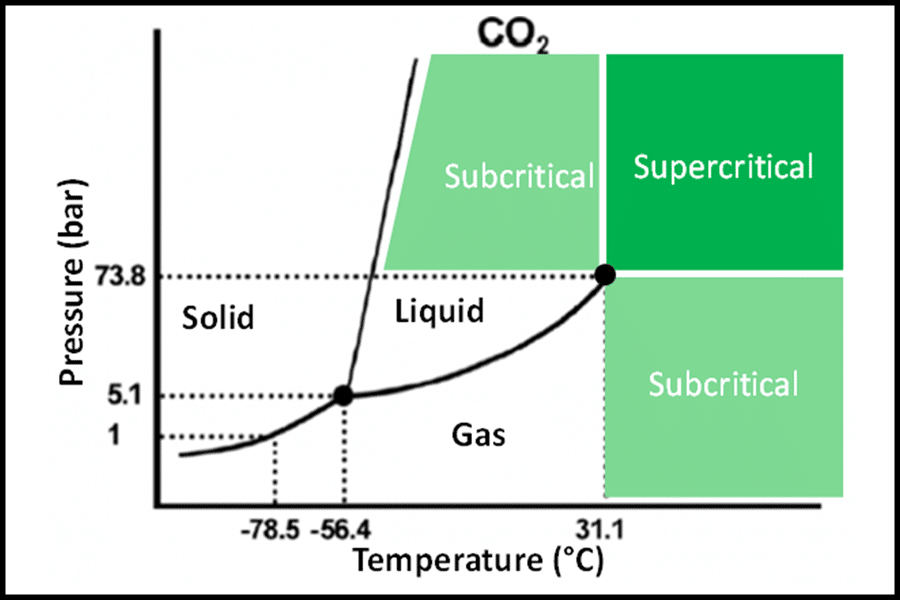 Co2 Separation with ‘Resinator’ can be used in multiple solventless applications like Cryo-Trim® (trimming), Cryo-Sieve® (separating / dry sifting) and H20 extraction processes. The Resinator is a versatile unit for any size operation from smaller to commercial. It can function both as an extractor and a bladeless trimmer / separator. It’s trimming function takes nearly 85+% less time than by hand trimming. The quality and yields can be increased by FLASH FREEZING plant material with liquid CO2 prior to processing. It also serves as a useful prep machine as a pre-extractor for working in tandem with Solventless or solvent free and hydrocarbon extractors, supercritical equipment, short path distillation, lyophilization or similar applications, for both cannabis and hemp, along with hops and other trichome bearing botanicals. It can increase overall output, speed up the final production, and thus increase capacity and gains. Pre-extraction is the key to high volume and high quality across many commercial cannabis needs. Model OG, like Model XL, XLS Pro and AG ‘Resinator’, is a solvent free extraction tool that can be used in wet, dry, or flash freeze processing protocols optimizing just about any secondary refinement process.

Co2 Extraction is a process that uses pressurized carbon dioxide to pull the desired phytochemicals (such as CBD) from a plant. Co2 at certain temperatures and pressures acts like a solvent, without the dangers of actually being one. Co2 is unique because its solvency power can change by simply adjusting the temperature and pressure during the extraction. When the pressure and temperature of the Co2 are above 1083psi AND 88°F, the Co2 is considered supercritical. Expanding to fill its container like a gas but with a density like that of a liquid. If the temperature drops below 88°F, the Co2 changes to a liquid and is referred to as subcritical. Both supercritical and subcritical Co2 act like a solvent and can extract resins, oils & waxes from plant material. When the pressure of the Co2 is decreased (generally to below 600psi) it converts to a gas and loses its ability to hold its state in solution and separates the extraction from the now gaseous Co2. It is widely considered the most effective and safest plant extraction method in the world. Co2 extraction is already a standard extraction method for the food and herbal supplement industries. Co2 is a common food additive as well. In fact, Co2 is used to produce carbonated soft drinks, in the removal of caffeine from coffee beans in order to make decaffeinated coffee, and as an extraction solvent when producing essential oils. Supercritical Co2 is becoming an important commercial and industrial solvent due to its role in chemical extraction in addition to its low toxicity and environmental impact. The relatively low temperature of the process and the stability of Co2 also allows most compounds to be extracted with little damage or denaturing. In addition, the solubility of many extracted compounds in Co2 varies with pressure, permitting selective extractions. Most often we hear about supercritical Co2 extractions, but that’s actually only one method of Co2 extraction. You can also perform subcritical Co2 extractions, and ‘mid-critical’ extractions, a general range between subcritical and supercritical. 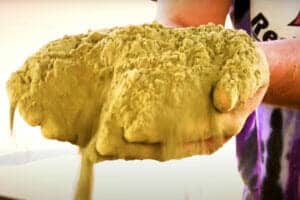 Utilizing sub-zero separation in advance for biomass reduction increases efficiency at scale when operating high pressure systems. Additional and highly beneficial sub-zero applications include a premiere selection of solventless consumables sought after by connoisseurs, patients and recreational users alike, which do not require high pressure systems that employ subcritical and supercritical capabilities.

Truly full-spectrum CO2 extracts include first performing a subcritical extraction, separating the extraction, then extracting the same plant material using supercritical pressure, and finally homogenizing both oil extracts into one. The power of Co2 as a solventless extraction solution is unparalleled.

Sub Zero temperatures are preferred when making any extraction. Particularly when CBD and THCA levels are at their highest potency which occurs in its live’ uncured state. Not only does the Resinator let us extract kief/resin glands from dried and cured cannabis or hemp flowers, but our Sub Zero extraction / separation allows us to work with live’ / uncured cannabis or hemp in a multitude of applications. Resin glands, also known as Trichomes, are organic and present in a variety of types and sizes. Trichomes also vary among genetics and growing conditions. A micron (µm) rated screen is used to filter biomass for further refinement. A series of µm screens can be utilized to separate or sort trichomes and biomass by size pending desired application.

With respect to botanical extractions, subcritical Co2 has lower solvency power and thus tends to pull mostly lighter extractions and leaves behind the majority of undesired plant material. Subcritical Co2 is also relatively cold and therefore very effective in extracting temperature-sensitive volatile oils and terpenes. Subcritical Co2 is ideal for extracting and preserving light resin glands and oils from the plant material. Subcritical (low temp, low pressure) Co2 extractions take more time and produce much smaller yields than supercritical, but they retain the essential oils, terpenes, and other sensitive chemicals within the plant.

Supercritical Co2 can be a much stronger solvency power than subcritical Co2. In addition to extracting lighter oils, supercritical CO2 can extract the higher molecular weight materials (like waxes, paraffins, lipids and resins) from the plant, allowing for higher yields and a more complete extraction. The stronger solvency power also makes the extraction times faster. Supercritical Co2 extractions at very high temperatures and pressures (higher than 120°F and 5000psi) can cause thermal degradation of the oils, and when extracting green plant materials can have the potentially negative consequence of extracting chlorophyll. Supercritical, on the other hand, is a high pressure and high temperature process that damages most terpenes along with heat sensitive chemicals and compounds, but can extract much larger molecules in addition to chlorophyll such as lipids (omega 3 and 6), paraffins and waxes.