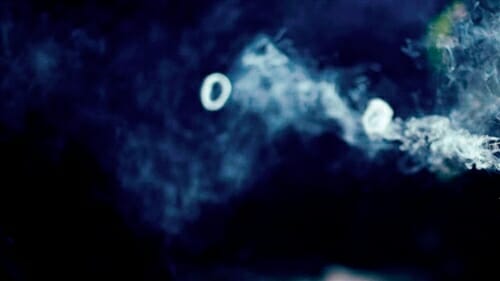 Say you’re a longtime fan of flower. Over time, regular users build up a tolerance in general, but more specifically, to certain genetics and specific terpene profiles.

This interaction between body chemistry and specific strains is one of the greatest mysteries of cannabis. And it gets even murkier when you are extracting certain parts of the cannabis and leaving others behind, as is the case with concentrates. During the extraction process, plant compounds are extracted or left behind depending upon a lot of factors including esoteric things that most users would have no idea about, such as their chemical polarity. Whether a strain (and its associated concentrate) affects you in an uplifting way or a relaxing way depends largely upon what parts of it were pulled and how they interact with your body, as well as the manner in which they are consumed.

The most common question in the mind of a new concentrate user is, “Will this be too strong for me if I normally just smoke weed?”

While it’s complicated and depends a lot on the aforementioned body chemistry and other factors, in general, concentrates are stronger, but not in the way most would think. Essentially it’s a numbers game:

-If you inhale herbal flowers of approximately 15 percent potency rating that weighs 0.5 grams, you are consuming approximately 75 milligrams of desired material. Granted, as a herbs burn, a decent amount of the smoke burns off into the air, so this number is probably more in the 50-60mg range.

To compare this with doing a single dab, the math works out this way:

-If you vaporize a standard-sized dose (for argument’s sake, let’s call it 0.1 gram) at approximately 70 percent potency, then you are consuming approximately 70 milligrams of desired herb. Vaporizing tends to capture more of the vapor than smoking a flower does by nature, so that 70mg number is reasonably solid.

Looking at it that way, they are basically the same in terms of overall potency. Then why do some people get completely “spun out” when they vape, yet can smoke flower after flower with no issues? The answer lies in the complex interaction between desired compounds and terpenes as well as body chemistry. There is no sure answer for how a concentrate will affect you; the only way to know is to try a tiny amount.

Most users who have a poor experience with vaping find themselves in that situation because they consumed too much, too quickly. While it’s fairly easy to do five vapes in a row in less than five minutes (or to “bite off more than you can chew” with one large vape, so to speak), it’s a little harder to smoke five rolled flowers in that same amount of time. So when it comes down to ease of use, it is much faster and easier to consume massive amounts of herbs in concentrate form.
This is the double-edged sword of concentrates: for those seeking a stronger effect to target a medical ailment, it is perfect because they can flood their system with desired compounds and remedy the situation quickly and efficiently; for those who aren’t necessarily on a quest for potency, a few quick vapes can be entirely too much.

So that brings us back to the main question: “Why should I try concentrates?”

Generally, concentrates are recommended for those who are requiring a higher level of medication for certain conditions — always consult with your medical care team first before making any changes in treatments. When it is determined that flower is falling short in meeting these users’ needs, they may be advised to seek something stronger. The quick-acting and potent nature of vaping can provide the needed level of relief while also acting faster than flower, and far faster than edibles.

Though the increased potency of concentrates is the most common reason that people try them, more and more they are appreciated by connoisseur-level “flavor hunters” — those who are looking for new flavors and experiences every time they vape something. Because well-made concentrates provide concentrated flavor instead of being muddied up by the taste of burning plant material, a properly-done concentrate will provide the pure flavor of the terpenes in that strain, giving a tasting experience like none other. If you’ve ever had a flower that smelled amazing but just didn’t taste that great, chances are that it would be much more appealing in concentrate form.

One other factor is that concentrates can be very discreet compared to flower. Instead of hands and clothes smelling of resin or smoke, the light vapor that is the result of vape pens or vaporizing doesn’t hang in the air, stick to clothes, or otherwise linger the way that smoke does. This is a big advantage for those who need to be semi-stealthy or quick with their use. Rather than taking a few minutes to roll a paper and another 5 to 10 minutes to smoke it, a concentrate user can sip on their vape pen a couple of times or do a single vape and get the same effect with far less trouble.

So whether you are looking for something stronger than the usual flower, need something targeted toward a specific medical condition, are a “flavor hunter,” need to medicate quickly or simply like trying new things, concentrates are certainly deserving of your time and consideration. There are so many preparations, strengths and ways to consume them that there is truly something for everyone. Even if nothing currently available appeals to you, the level of innovation that is happening in this niche of the industry means that new things will be coming out constantly, opening up new and exciting possibilities.

By Ry Prichard | The Cannabist
*This article has been modified from it’s original source.